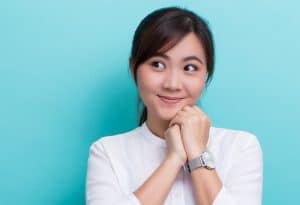 Most dental health concerns are chronic conditions, which makes treating them a top priority any time they develop. That’s especially true for gum disease, which can cause increasingly worse damage to your gums and jawbone until you eventually lose one or more teeth from lack of support. Once it becomes severe enough, the only way to protect your smile is to treat and manage your gum disease to prevent it from growing worse. However, in its earliest stage, known as gingivitis, you may still have a chance of reversing gum disease and avoiding the need for lifelong periodontal maintenance.

Tracing the source of gingivitis

Gingivitis is the result of harmful oral bacteria accumulating heavily on and underneath your gum line. These bacteria are the building blocks of dental plaque, meaning your gums are constantly exposed to them throughout the day. Brushing and flossing your teeth (and gum line) can help you prevent gingivitis from forming; however, it doesn’t take a large number of bacteria making their way underneath your gums to cause it. Once there, the bacteria release toxins that irritate your gums and molecules that incite rampant inflammation in the tissues – the condition known as gingivitis.  Before long, it can progress into more serious gum disease and become an imminent threat to your oral health.

Detecting and treating it

When you exhibit signs of gingivitis, including red and bleeding gums, the most important thing to do is seek treatment as soon as possible. In many cases, undergoing deep cleaning (or scaling and root planing) can remove the bacteria underneath your gums before the infection becomes too severe. This can allow the symptoms to subside and your gums to heal, reattaching to your teeth roots to once again protect support them properly. The longer you wait, however, the more of your tissues gingivitis can affect, and the more serious your gum disease will become.

Why time is of the essence

Once gingivitis develops, it doesn’t stop progressing until you address it directly. That’s why you may only have a short window of time to reverse it before it becomes irreversible. The good news is that, even if you fail to reverse gingivitis, you can still prevent the more extensive consequences of gum disease by treating it as soon as possible. With your dentist’s help, you can keep the disease properly managed and under control, preserving the rest of your oral health for life.

Find out if you can still reverse gingivitis

Gingivitis, the first stage of gum disease, can often be reversed if the condition is detected and treated in time. For more information, schedule a consultation by calling Syosset Dental in Syosset, NY today at 516-433-2211 or 516-921-6930.