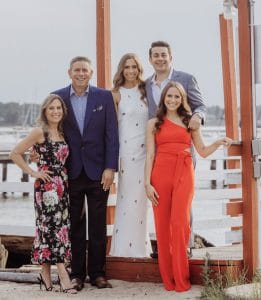 Dr. Kobak was born in Brooklyn, NY and attended college at New York University. He completed dental school at the State University of New York at Buffalo, graduating in 1989 near the top of his class. After graduation, Dr. Kobak was accepted into North Shore University Hospital’s general practice residency, and he continued there as chief resident for a second year.

Dr. Kobak became an associate dentist in one of the more prestigious general practices in the area, and he worked in that capacity for three years. In 1994, he opened a private practice in Plainview, NY. In 2011, he built a new facility, to incorporate state-of-the-art dental technology, in Syosset, NY. Dr. Kobak has been a volunteer clinical instructor at Northwell Hospital since 1991 in their general dentistry division and has received many outstanding attending awards including the “2017 Attending of the Year” recognition. He lectures and mentors recent dental graduates as they continue their post graduate training.

Dr. Kobak has a passion for dentistry and he invests many hours in continuing education. In 1994, he was one of the youngest dentists to be awarded Fellowship with the Academy of General Dentistry, which recognizes an extensive commitment to advanced education. His Fellowship required over 500 hours of coursework, in which he focused on cosmetic and implant dentistry. Dr. Kobak participates in several dental study clubs and is president of the Greater New York Dentists Association and a past president of the Long Island Dental Study Club. He is also a member of the American Dental Association, The New York State Dental Association, The Nassau County Dental Society and is active on several online dental forums.

Dr. Kobak has been married since 1989 to his wife Amy, who is a physical therapist who works with children with special needs. He has two daughters, Jaime (and a son in law; George) and Blake. He enjoys playing golf, bowling and sports in general. 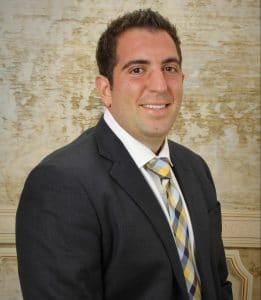 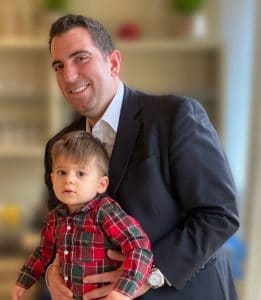 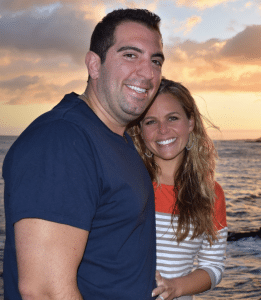 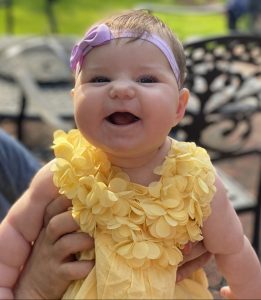 Dr. Diamantakis was born in Queens, New York and moved to Long Island when he was 8 years old. He grew up in Port Washington for the remainder of his youth and adolescence. Dr. Diamantakis is a graduate of NYU College of Dentistry. He entered his residency program near home at North Shore University Hospital in Manhasset, NY. After completing a General Practice Residency at North Shore University Hospital, he accepted a position to stay an additional two years to pursue a chief residency and implant fellowship. During his additional time at the hospital, he gained proficiency in advanced prosthodontics and all aspects of implant dentistry including implant surgery and prosthetics. He is a member of the ADA, AGD, and NYSDA.He is continually broadening his scope of dentistry by being an active member of the Nassau County Dental Society, Mid Island Spears Study Club, and Long Island Study Club.

Dr. Diamantakis’ family has been a big influence in his life. He is the eldest of three siblings, and a member of a large devoted family. He is married to the love of his life, Dr. Erin Diamantakis, who is an Orthodontist in the Long Island area. They are growing their own family, and have a 2 year old son, Leo. Leo keeps them very busy with his inquisitive and spunky nature. Leo loves reading and playing with his trucks.

Dr. Diamantakis and Dr. Kobak have partnered together to provide quality, state of the art dental care to their patients. Growing their practice in the Syosset area, provides an office that can reach out to many patients around Long Island. By surrounding himself with people that support his ideals, Dr. Diamantakis can focus on his mission in practice to provide a compassionate and comfortable atmosphere, and offer patients the foremost care in all disciplines of dentistry. 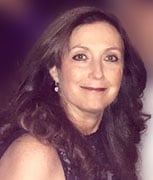 In addition, Dr. Raxenberg has served as a panelist at Hofstra University during a National Public Health Month event, where she spoke about dentistry’s importance to public health, as well as to general health. Subsequent to that, she designed and teaches her own course at Hofstra, “Oral Health through the Life Cycle”, to students interested in a career  in health. Dr. Raxenberg has also been recognized as a Fellow by the Academy of General Dentistry and has previously served as a Board member for the NYS Academy of General Dentistry. She is on staff at Northwell Health, and has served as an instructor to dental residents at LIJ, treating developmentally disabled adult patients.

Dr. Raxenberg is a member of the ADA, AGD, Nassau County Dental Society, American Academy of Dental Sleep Medicine, and Academy of Laser Dentistry, and volunteers for the Lean on Me support group. Her gentleness, concern, and empathy help her provide a level of care that focuses not only on a patient’s smile but on the patient as a whole person. She loves taking care of patients, and making them happy to smile again.

Dr. Raxenberg has been married for 38 years to her husband Larry, a CPA, and has two sons, a daughter-in-law, and a granddaughter. Outside of the office, she enjoys crafts, exercising, bicycling, tennis, boating, dancing, decorating, antiques, traveling, theater, and doing volunteer work.

Schedule a visit with our doctors

To schedule a consultation with one of our doctors, call Syosset Dental today at 516-433-2211 or 516-921-6930. We proudly serve the residents of Syosset, Long Island, Nassau, Suffolk, and all surrounding New York City communities.