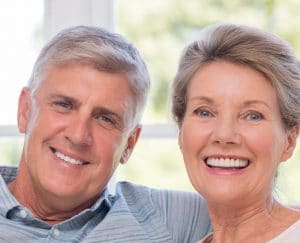 There are many consequences to your oral health and quality of life after losing one or more teeth. Many of these consequences aren’t as immediately obvious as the appearance of your smile, though they can eventually prove just as detrimental to your self-confidence. Facial collapse, for instance, is the gradual sinking of your jaw and facial features that often becomes noticeable years after tooth loss. Unlike your smile’s immediate appearance, simply filling in the gap won’t successfully address facial collapse. However, you can prevent it, and other consequences of tooth loss, by replacing your lost teeth with dental implants.

Losing More than a Tooth

A tooth is more than just its visible part (which is called the crown), and losing a tooth involves more than just the loss of that crown. For instance, the root that supports the tooth and rests within your jawbone is also lost, and as a result, your jawbone experiences reduced stimulation when you bite and chew. Because there are fewer roots stimulating it, your body sends your jawbone fewer nutrients, causing your jawbone to gradually lose mass and density. In addition to an increased risk of further tooth loss, this can also lead to the sunken appearance of your surrounding facial features, which is often referred to as facial collapse.

Because of the importance of healthy, natural teeth roots, many patients can benefit most from choosing dental implants to replace their lost teeth. The small, biocompatible posts are the only way to replace lost teeth roots, and therefore, the only way to reestablish the stimulation your jawbone relies on. As this stimulation is restored, your jawbone can receive ample nutrients again, keeping it strong and healthy and preventing the collapse of surrounding facial structures.

Facial collapse is just one of the many potential consequences of tooth loss. Like most of those consequences, it can be effectively prevented by replacing your lost teeth with one or more dental implants. To learn more, schedule an appointment by calling Syosset Dental in Syosset, NY today at 516-433-2211 or 516-921-6930.