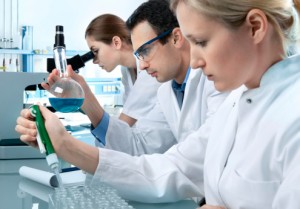 Dr. Kobak and the team at Syosset Dental are committed to delivering the best patient care and delivering the most up-to-date dental advice. Recently, we read about exciting emerging dental technology that could be available to patients in the next few years. Cavities could be wiped out completely if either of these products is approved.

How Do Cavities Form?

Tooth decay is the most common disease in the world, and the most widespread childhood disease in the United States. Dental caries, or cavities, are caused by a pesky bacterium called Streptococcus mutans. This cavity-causing critter lives on sugar and excretes lactic acid that erodes your enamel. Antimicrobial mouthwash destroys the bacteria, but it also kills many other kinds of bacteria that aren’t harmful. Broad-spectrum antibiotics can actually leave your body more vulnerable to infection, as well as creating drug-resistant strains that pose serious problems. Most mouthwashes on the market only protect you for 12 hours at most. Two different research teams have come up with different ways of potentially solving this problem.

Researchers at UCLA’s College of Dentistry recently concluded their first human trial of a new type of mouthwash. A specifically targeted anti-microbial peptide, or STAMP, finds and destroys S. mutans while leaving other, more beneficial bacteria to thrive. Volunteers were protected for four days after rinsing just once! Clinical trials are set to begin next March. This study marks the first use of STAMPs, and other STAMPs are being developed into a new generation of “smart” antibiotics.

A company called Oragenics tackled the problem from a different angle. They have created a genetically modified strain of S. mutans that doesn’t produce lactic acid. The new strain, called SMaRT, releases a compound that kills off the cavity-causing variety and allows SMaRT to take over. Oragenics hopes to eventually release a five-minute oral swab that can be applied at your dentist’s office to permanently protect you from cavities. Data from their clinical trial should be released by the end of the year.

Currently, fluoride is the only FDA-approved anti-cavity drug. Using fluoridated toothpaste and mouthwash slows cavity formation, but can’t prevent it entirely. Either of these products could spell the end of S. mutans as we know it. Until they are approved, however, proper oral hygiene will keep decay at bay. Our DIAGNOdent laser helps us catch cavities before they become a big problem. Brush twice a day and use floss and mouthwash before bed. Rinse well with water after sugary or acidic foods and drinks. If you haven’t seen Dr. Kobak in the last six months, it’s time for your dental cleaning. Call Syosset Dental today at (516) 433-2211 to schedule your appointment.