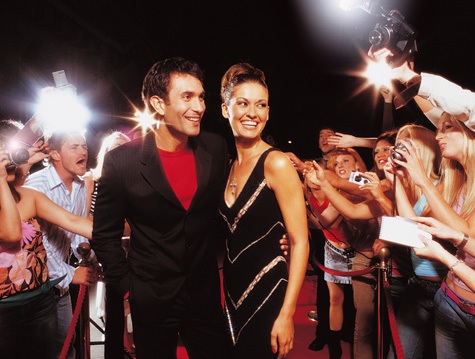 Tom Cruise is a great actor with a great smile, but he’s had some major dental work to get his straight teeth. Dentists and orthodontics have made his smile makeover a mission possible.

As a young star, his teeth looked terrible. They were misaligned, with almost each tooth going a different direction. Some of his teeth were overlapping, and his enlarged front tooth was twisted.

During a trip to the orthodontist with one of his children, the star discovered that his jaw and teeth were out of alignment. At age 39, he decided to undergo orthodontic treatment to correct his bite. He wore clear braces, with only the connecting wire visible, and was able to remove them for movie roles. The braces were able to move his teeth into an even position, but he still has a small “fang” look from elongated top incisors. Once his teeth were straight, they were easier to take care of, and Tom enhanced his smile with whitening.

Although now his crooked teeth are straighter, his alignment is still off. His whole mouth looks crooked because his two front teeth are not centered with the middle of his face. Your two front teeth should match up with the middle of your nose, but for Tom, they are one whole tooth to the right. This makes his smile look asymmetrical. Although nothing has been confirmed, a birth defect called Holoprosencephaly causes defects along the midline, so this could be to blame for the misalignment.

The smile trouble doesn’t stop there. Tom’s upper lip is very thin, which makes his smile look “gummy.” In some angles, his smile shows too much of his upper gums, which are also asymmetrical.

You can have a smile makeover just like your favorite stars! Dr. Richard Kobak offers many cosmetic and restorative treatments to fix your teeth. Contact Syosset Dental in Syosset, NY at 516-433-2211 to schedule your consultation to begin your smile makeover.